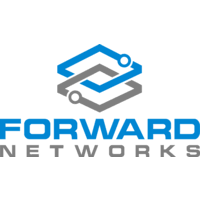 This is the sequel to what was my first introduction to Forward Networks a year ago at Cisco Live Barcelona 2019. No surprise that, since I put their presentation among the highest rated during that time, that I was really looking forward to an update on their technology.

That update came during my time as a delegate at Networking Field Day #22 in sunny California.

Forward Networks is still building on top of their mathmatical engine/expression of your network. If you dont remember from my previous post, that includes both intention (Configuration) and state (think RIB, FIB, LFIB etc).

What has changed quite alot is the workflows that can be acomplished by doing that sort of modeling. As such, the UI has changed significantly to focus on specific workflows. The presentation focused on a week in the life of an operator. It was very nice to see an emphasis on every-day operators of networks around the globe and how they can benefit from this technology.

Having a “log” of how the network looked like X amount of hours ago, compared to now is incredibly powerful. You can simply drill down into a diff and check out what changed (again, both configuration and state (the most important part)).

The folks at Forward Networks are also working on supporting more underlays, but have already added some more exotic ones such as Cisco’s ACI.

I couldnt help but suggest that they should add an “App Store” to their inventory. Even though the required programming to get something useful done is very low, having pre-made scripts to run against your network would make the product even more attractive than it is now.

An example of the power of the product was made clear by them doing a live “programming demo”, taking a vendor security notification and turning it into a script that would check your entire range of network devices and see if they were vulnerable because of this bug. Even with explanations during the demo, it took less than 20 minutes to implement. Something that in the past CLI world would have taken days if not weeks depending on your level of automation.

What really stands out to me about Forward Networks, is that finally someone is listening to what network operators need in their day to day operation of the most complex networks out there. Instead of having alot of assumptions on whats needed, Forward Networks listens and then executes on empirical data.

I really enjoyed both the presentations and the talks I had with the fine folks there and i can only say: Keep it up and keep those features coming!